Don’t be Mean Behind the Screen 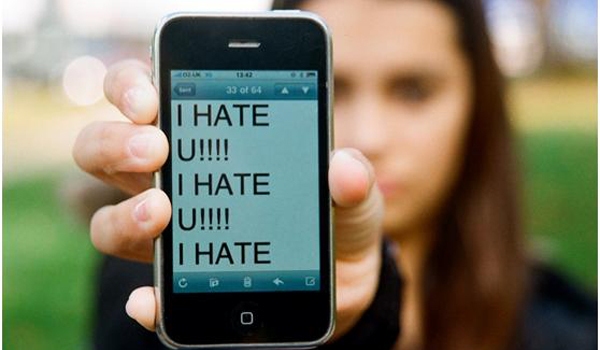 Just as the use of technology itself has evolved, so has the ability to bully. Bullying, once restricted to the school or neighborhood, has now moved into the online world. Bullying through electronic means is referred to as “cyberbullying.”

As adults, thinking back, it was just a generation ago that kids and teens were asking their parents for a phone in their room — maybe even one with a separate line or three-way calling — so they could easily and somewhat privately connect with more friends.

Today, a kid or teen’s desire to connect with friends has not changed, but the options for doing so have grown tremendously. Children are not only asking for their own tablets, gaming devices, and mobile phones at a younger age, they also want access to popular social media sites, and the ability to engage in online games and share information.

Just as young people used to spend unmonitored time playing with friends in the neighborhood, outside the periphery of adults, they are now engaging with each other in the cyber world, “talking” with each other, “talking” to each other, and “talking” about each other, often without adult or parental monitoring. While technology allows young people to connect in meaningful ways, such as the opportunity to share ideas, photos, videos, and more, the unsupervised nature of the cyber world demands the need for guidance, guidelines, and social responsibility.

The difference between bullying and cyberbullying is that:

No matter what type of bullying your child may be experiencing, it’s important that you take it seriously and be aware of the impact it can have on him or her mentally, emotionally, and physically. Bullying can negatively impact a child’s educational performance, self-esteem and self-worth, cause anxiety and depression and may even lead to thoughts of self-harm.

The Mental Health Task Force of Burnett County (MHTFBC), a volunteer committee devoted to breaking the negative stigma surrounding mental health, has joined the effort to raise awareness about bullying prevention. The MHTFBC has teamed with area schools to organize a Chalk Art Competition, designed to get students talking about bullying and seeing their power to prevent it. The Chalk Art Competition is an opportunity to spread the message of taking action to prevent bullying through outdoor artistic drawing.

The local schools, Webster, Siren, Grantsburg, and the Northwest sites, will be creating their chalk art drawings at their campuses throughout the week of October 22 – please visit Healthy Burnett’s Facebook page to see the final project! The message for this year’s chalk art is: don’t be mean behind the screen.

As damaging as cyberbullying is, there is hope, because bullying is an issue that can be prevented. When students, parents, educators, and others unite, it means one less student being bullied, one more person speaking out, and another young person knowing that they are not alone.